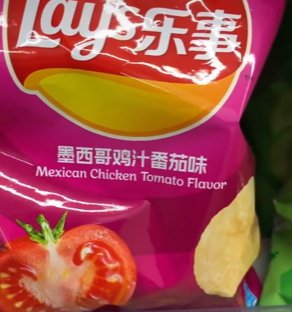 Getting Weird with Brightly Creative

Inspiration struck last week after our first-ever virtual happy hour. We wore weird hats, and the anticipation of seeing everyone pop on screen for the first time in their chosen headwear was almost better than the hour itself. We drank, laughed and shared stories of quarantine, longed for vacations and new homes on the horizon.

In keeping with the “weird” theme, the conversation took a turn to weird food and beverage moments we’ve had over the years. Former chef and server Jasmyne didn’t have any weird experiences as a customer, but she had plenty of stories from working in restaurants over the years. “I can remember as a server a customer ordered a steak at ‘medium rare’ but did not want any pink in the meat. I repeated her order to her trying to get her to understand how temperatures work but she insisted on ‘medium rare’. Most adults know that medium rare is going to have plenty of pink. After bringing out her steak and checking on her after a few minutes, she complained it wasn’t right — there was too much blood.

As the polite server that I was, I sent it back to the kitchen and tried to explain to the cooks how the customer wanted her steak. The cooks were just as confused as I was. They cooked it a little longer, I brought it back out again, not happy. Still too much blood. The next time my manager brought it out to her and she said it was perfect! She said to my manager ‘I know I told the server medium rare, but I meant medium well.’ For some reason she didn’t want to trust my knowledge of steak temperatures, but at least she was happy in the end. That’s the end goal, right? She tipped well, so that’s all I cared about!”

Keith is arguably the biggest foodie of our bunch, and we were interested in hearing what his “weirdest” food item was. It was chicken liver ice cream. “It was the last of a 17-course dinner at the now defunct Privado in St. Louis. The preceding two courses were dessert/sweet, so the richness of the liver really ended the meal on an amazing note. I absolutely loved it. However, it was one course too far for my wife Amanda, who bailed before even trying.”

My weirdest food item definitely comes from my time living in China. The food stories there are endless, and I’ll never forget the absolutely worst thing I’ve ever eaten, which is durian ice cream. Wikipedia says the smell of the durian fruit is regarded by people either as evoking a “deep appreciation to intense disgust,” and I was overwhelmingly in the latter department.

It tasted like soiled kitty litter. But, I’m proud to say that even though my friends never believed that Lay’s Potato Chips China style were the oddest combinations/flavors I’ve ever seen, I recently came upon photographic proof. From cucumber flavored to fried crab to something I think is milk, Lay’s China really outdid itself this year with the weird chip combos.

What’s your weirdest food or beverage story? Share it with us! We’d love to read it.